The Richard Dawkins Award was given this year by Atheist Alliance of America’s Vice President Mark W. Gura and former AAA President Melissa Pugh at Reason Rally 2016 to honor an outstanding atheist whose contributions raise public awareness of nontheism; who, through his writings, media, the arts, film, and his stage work, advocates increased scientific knowledge; who, through work and example teaches acceptance of nontheism; and whose public work mirrors the uncompromising nontheism of Dr. Richard Dawkins. 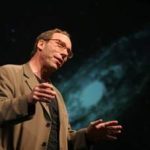 Dr. Krauss was born in New York City, N.Y. but grew up in Toronto, Ontario, Canada. He received his undergraduate degrees in mathematics and physics with full class honors at Calelton University in Ottawa, Canada. He was awarded his PhD in physics from the Massachusetts Institute of Technology.

“Dr. Krauss is not only a great theoretical physicist but he is also a passionate advocate of atheism and reason known throughout the world. Because of his remarkable ability to make a very complicated subject not so daunting, he engages many audiences easily and makes them want to learn more about the subject of physics and the laws surrounding the formation of our universe,” says Melissa Pugh, President of Atheist Alliance of America. She also says Krauss “is a light of reason in a world darkened by the excess of religion.”

More details on the Reason Rally are available at http://reasonrally.org . Please also join our mailing list to receive updates. 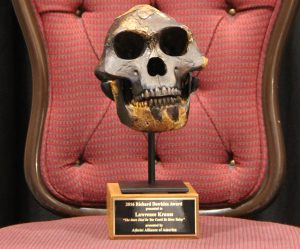 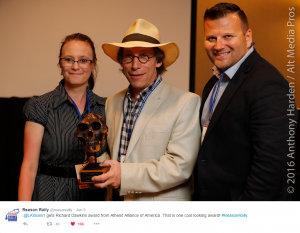