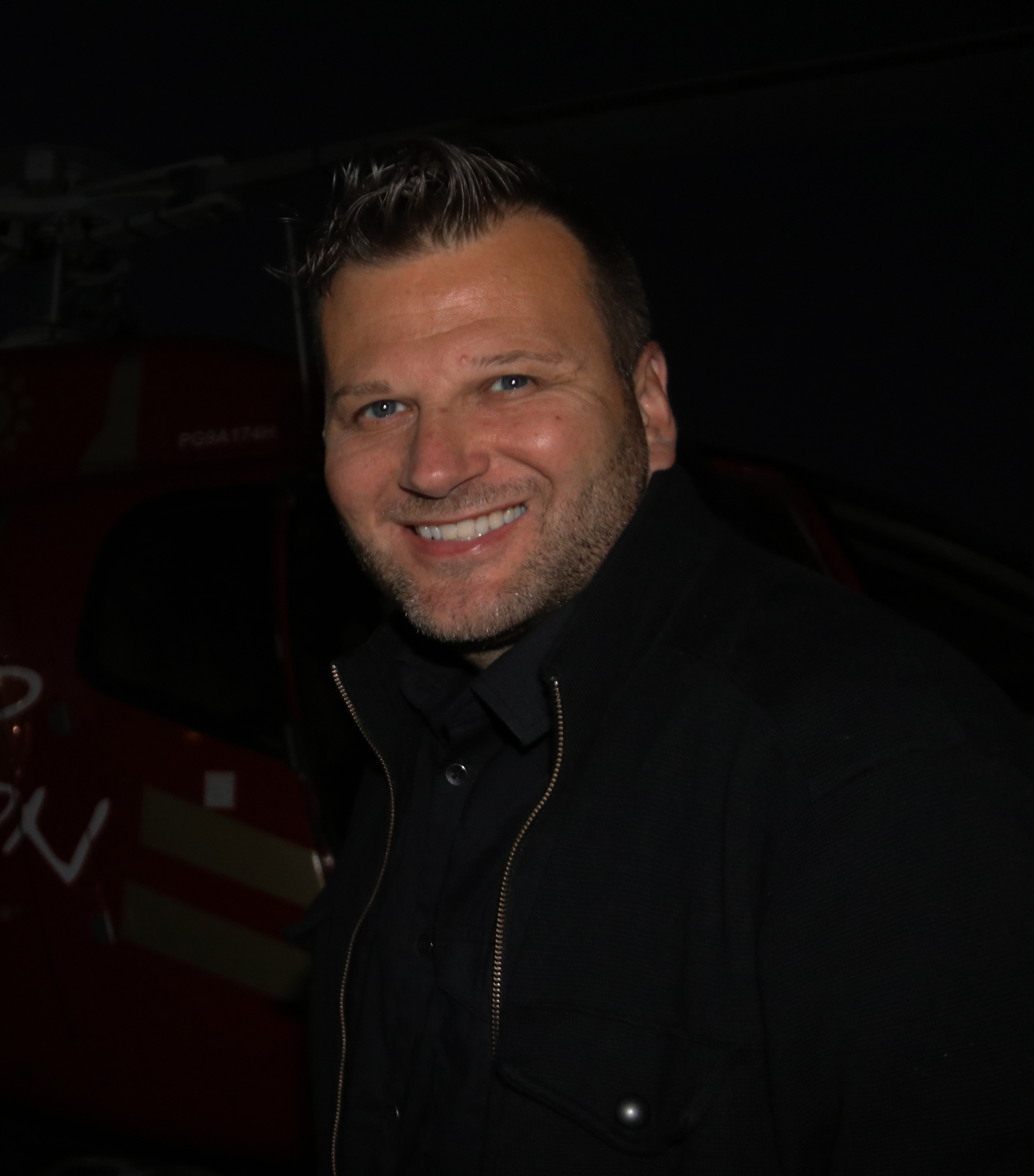 Mark W. Gura is the president of the Atheist Alliance of America Mark W. Gura and also of the nonprofit Association of Mindfulness Meditation and Secular Buddhism (AMMSB.org), formerly the co-host of the original Richard Dawkins Award, former secretary of the board for the Atheist Republic (facebook.com/AtheistRepublic, a 2+ million follower Facebook community).

Mark coined the term “fourth wave atheism” as he is passionate about replacing the four pillars of religion with secular practices. Born in Poland and having immigrated to the USA at an early age, Gura has over 20 years of experience in practicing mindfulness meditation/Vipassana, which he learned from the late S.N. Goenka in India.

Mark authored the book “Atheist Meditation: Atheist Spirituality” and “Exploring Your Life,” he is also inspired by travel, sailing, and discovery, having explored almost 100 countries. For more information, see markWgura.com. 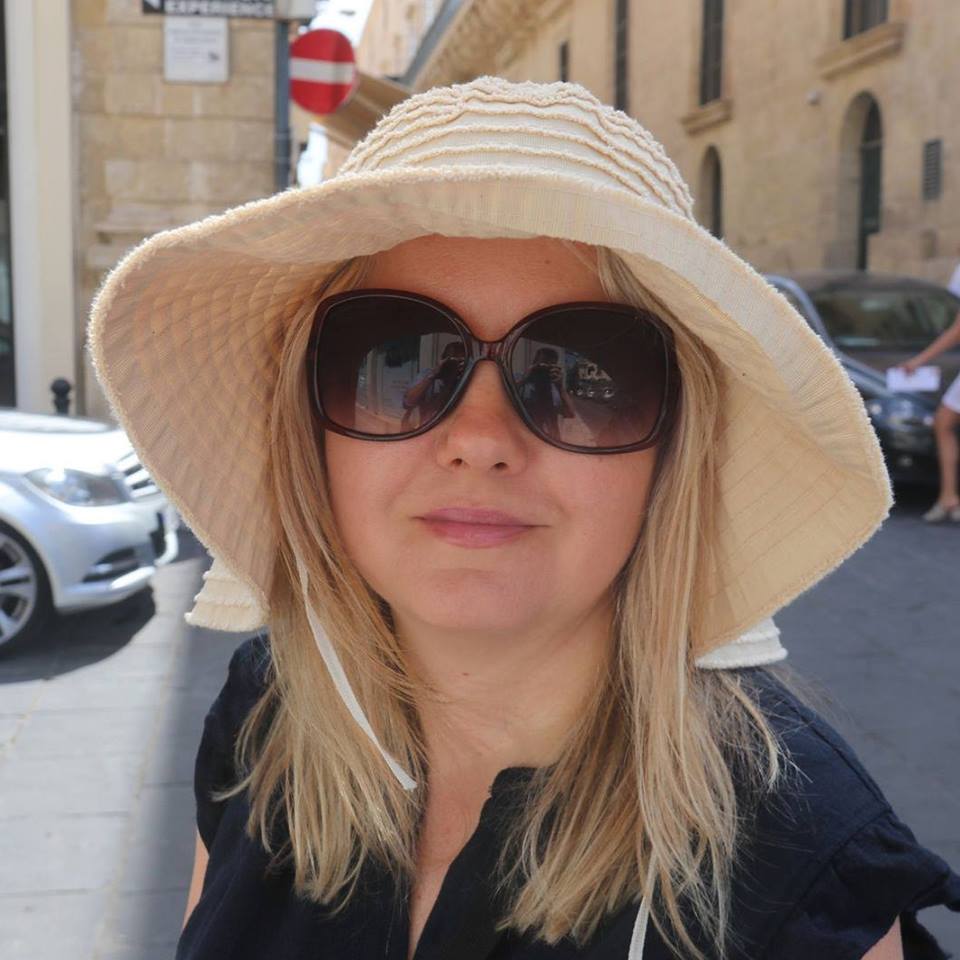 Dr. Gura is an atheist and Secular Buddhist. She serves as board member for the Atheist Alliance of America. She took her first meditation course with S.N. Goenka in India in the ’90s. Michelle was born in Poland and is inspired by travel and exploration. She has visited more than 70 countries and seeks to normalize atheism and promote humanism. 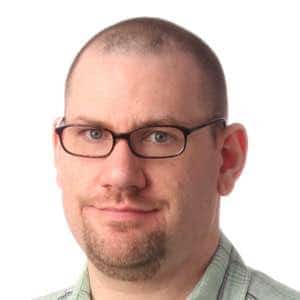 Derek is one of the hosts of Skepticality; The official radio show and podcast of Skeptic Magazine and the Skeptics Society, a top-rated audio talk show dedicated to the promotion of critical thinking and science. He is currently one of the co-hosts of the Dragon-Pod podcast, The Official Podcast of Dragon*Con as well as the Director of Skeptrack, a programming track devoted to skepticism at Dragon Con (the world’s largest culture convention) which is held in Atlanta, Georgia every Labor Day weekend. 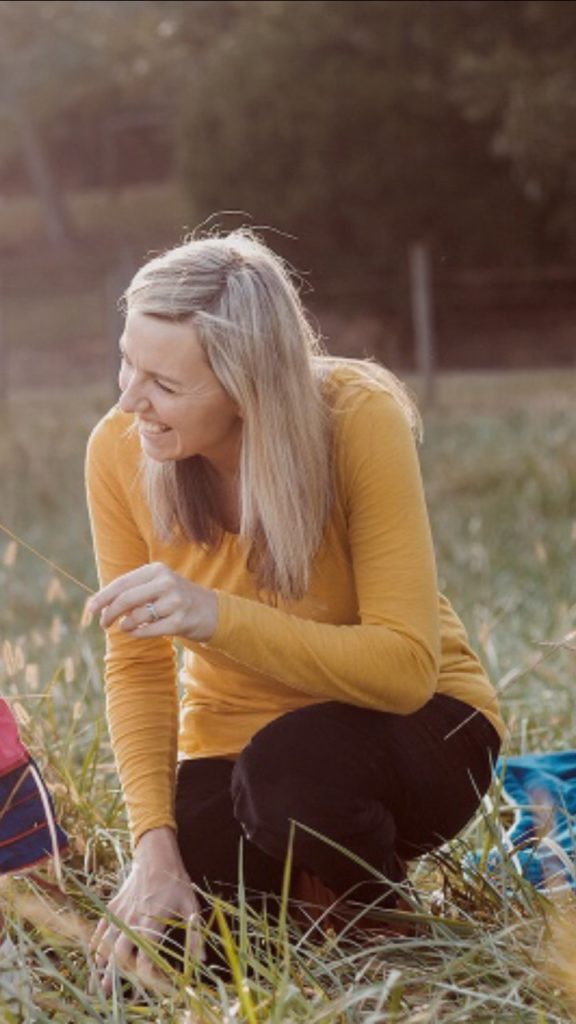 Joanna Wills –BOARD OF DIRECTORS

Joanna Wills is a mother, a healthcare worker, and she owns a photography business. Joanna has a B.S. degree in Biochemistry, she loves animals and works to help others. 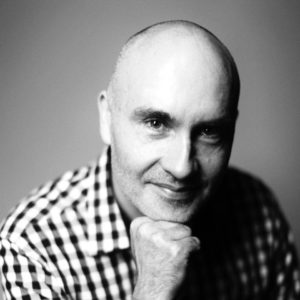 Darek Dalas – Board of Directors 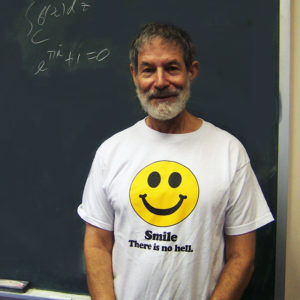 Herb Silverman – Board Advisor/Early Board Member of Atheist Alliance

Herb Silverman is Distinguished Professor Emeritus of Mathematics at the College of Charleston, founder of the Secular Coalition for America, founder of the Secular Humanists of the Lowcountry in Charleston, SC, founder of the Atheist/Humanist Alliance student group at the College of Charleston, and a recipient of the American Humanist Association Lifetime Achievement Award. In 1990, a colleague pointed out that atheists were ineligible to hold public office in South Carolina. After an eight-year battle, Herb won an unanimous decision in the South Carolina Supreme Court, which struck down this religious test requirement. He has written for the for the Washington Post, Huffington Post, The Humanist, Free Inquiry, Humanistic Judaism, and other magazines and blogs. Herb has appeared in a number of debates on topics that include: Can we be moral without God? Does God exist? Is America a Christian nation? He has also debated at Oxford University in England on the topic, Does American Religion Undermine American Values?

Herb’s books include Candidate Without a Prayer: An Autobiography of a Jewish Atheist in the
Bible Belt and An Atheist Stranger in a Strange Religious Land. You can browse a collection of
his public speeches and debates here, and visit his website http://www.herbsilverman.com 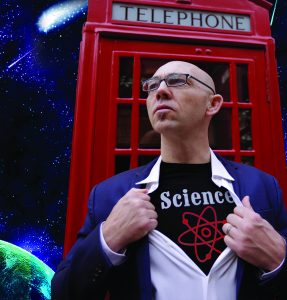 Ian Harris is a comedian, director, mixed martial arts trainer, voice over artist and above all an unrelenting champion of science, skepticism and critical thinking!  A national touring act for 20 years, Ian’s comedy is a fascinating and funny mix of spot-on impressions and clever, cutting-edge comedy, that has landed him appearances on Jimmy Kimmel Live!, Comedy Central, as well as two hour TV specials! His first “Critical & Thinking” (2014), AXS TV called “A truly masterful hour of wit, humor and derisive jabbing.” His second “ExtraOrdinary” is due out in 2017.  A top headliner for over 20 years, Ian was named #25 on Entertainment Journal’s Top 100 Comedians list, was a semi-finalist in Comedy Central’s “Laugh Riots Competition” and dubbed “Top Character Comedian in Town” by Backstage West. He has also been heard on Playboy Radio and regularly on SiriusXM Raw Dog.  Ian is also one of the top Voice Over artists in Hollywood, having provided voice talent to clients such as McDonald’s, FOX, Disney XD, DirecTV, Bravo, Fuel, the FOX series “Bones” and narrated the music driven show “Mad Genius” on Fuse TV. You may have also seen Ian perform at many of the atheist and skeptic related “Cons” such as, AAA National Convention, DragonCon, AHA National Conference, CSICON, CFI National Summit, and the 2016 Reason Rally. His keen grasp of science, evidenced by his satirical, skeptical take on everything from religion to global warming-deniers and beyond, has also earned him comparisons to favorite thinking-man’s comics like Lenny Bruce, Bill Maher and George Carlin. With a unique point of view and an impressive array of comedic talents, Ian delivers a thought provoking style of stand-up all his own. 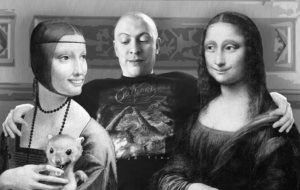 Artur Perez-Cruz is a Polish artist, a fan of extreme metal and various anti-religious forms of expression. He is interested in philosophy and religious studies, he devotes a lot of time to reading books on this subject and uses his art to fight all forms of religious programming.

Seweryn is an athlete, sailor, atheist activist and key contributor to the Atheist Alliance of America.

He resides in Slupsk, Poland where he is the current Polish runner-up to the 2020 and 2024 Olympic Games in the 470 Class double-handed dinghy event. He is also the founder of the Polish atheist Facebook page “Ateizm to Przyszłość.” 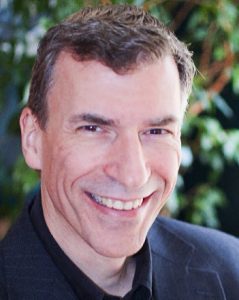 Dr. Christopher DiCarlo is a philosopher, educator, and author. He is an internationally-recognized expert on Critical Thinking and Ethical Reasoning. He teaches in the Faculties of Human Biology and Philosophy at the University of Toronto. He is also a lifetime member of Humanist Canada and an Expert Advisor for the Centre for Inquiry Canada.

He has been invited to speak at numerous national and international conferences and written many scholarly papers ranging from bioethics to cognitive evolution. His latest book entitled: How to Become a Really Good Pain in the Ass: A Critical Thinker’s Guide to Asking the Right Questions was released worldwide by Prometheus Books in August 2011 and is currently in its fifth printing and is an international best-seller.

He is a past Visiting Research Scholar at Harvard University in the Faculty of Arts and Sciences: Department of Anthropology and the Peabody Museum of Archaeology and Ethnology. His latest book: Six Steps to Better Thinking: How to Disagree and Get Along will be on the shelves in May 2017 with a Canadian, U.S., and European tour to follow. 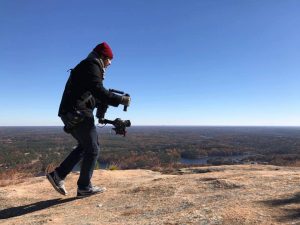 Micael Langer is a writer, producer, and director who’s been involved with advertising, television, and cinema for over a decade and half, working with Rede Globo, Brazil’s largest television network, for the last few years. His previous documentary, “Simonal – No One Knows How tough it Was,” did well at international festivals, and he is currently working on, “Godless – The Truth Beyond Belief,” a documentary that “does not discuss the existence of God, but tries to understand the foul behaviors sometimes adopted in his name.” 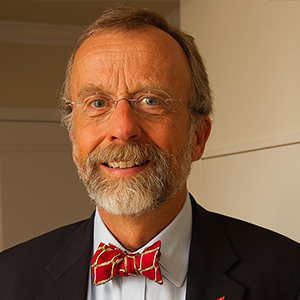 Anderson Thomson, Jr., M.D.(Andy) is a psychiatrist in private practice in Charlottesville, Virginia.

He is also a staff psychiatrist at Counseling and Psychological Services at the University of Virginia Student Health Services, as well as the Institute of Law, Psychiatry and Public Policy. Since 1992 Marilyn Minrath, Ph.D., M.S.N. and Dr. Thomson have conducted a private forensic practice. Their cases have encompassed the full range of legal issues including child custody, capital murder, competence, and mental state at the time of the offense.

He served as the Assistant Director of the Center for the Study of Mind and Human Interaction at the University of Virginia, which involved interdisciplinary intervention and research in large group ethnic and political conflict.

For further information or copies of his work go to www.jandersonthomson.com 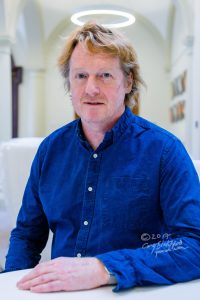 Stephen Law is Reader in Philosophy at Heythrop College University of London. He is the author of many popular philosophy books, including The Philosophy Gym, The Great Philosophers, and (for children) The Complete Philosophy Files. He is also author of Oxford University Press Very Short Introduction to Humanism and has published a book on faith schools: The War for Children’s Minds. His main research interests lie in philosophy of religion, naturalism, philosophy of mind, essentialism, and the later Philosophy of Wittgenstein. 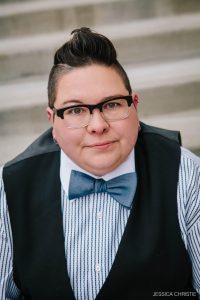 Knowing intimately that the borderlands are a place of learning and growth, Robyn draws on their identity and heritage as a queer Latinx in everything that they do. From doubt to divine and everywhere in between, their call as an activist-theologian demands the vision to disrupt hegemony and colonialist structures of multi-layered oppressions. As an anti-oppression, anti-racist, non-binary Trans*gressive Latinx, Robyn takes seriously their call as an activist theologian and ethicist to bridge together theories and practices that result in communities responding to pressing social concerns. Robyn sees this work as a life-orienting vocation, deeply committed to translating theory to practice, and embedded in re-imagining our moral horizon to one which privileges a politics of radical difference. 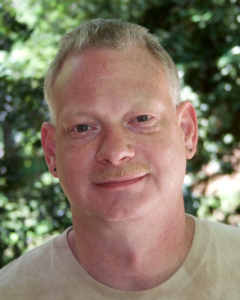 Mark Ditsler is the founder and CEO of AbruptMedia, LLC, a digital media company producing videos for movies, TV, and promotional purposes. He is also the founder and CEO of Calico Cove, LLC, a hardware development company focused on the development of embedded microprocessor circuit boards for custom electronics. Calico Cove assists and consults with other companies to develop their electronic products and bring them to market. He is also a founding member of Decatur Makers, a non-profit Maker community, and currently holds the Facilities Chair position at Decatur Makers. Mark is passionate about critical thinking and skepticism. For eight years running, AbruptMedia has provided all the A/V needs for the Skeptics track as DragonCon to support the promotion of critical thinking skills and skepticism. He has also spent seven years supporting the Atlanta Science Tavern with their science outreach efforts and also supporting the Atlanta Skeptics. He has done science outreach work with many notable organizations including NASA, JPL, The Planetary Society and Georgia Tech. Mark has worked in TV, live theatre, and studio productions for over thirty-five years. He has four decades of programming experience in over twenty programming languages. He has used his skills at software and IT networking architecture to design and build systems for everything from small companies to large global corporations. Mark was born and raised in the Catholic faith and spent many years questioning that faith. Not obtaining answers that made sense, he explored various other religions and now is an Atheist.