In God We Trust: How One Satanist Proved a Point About Religious Bias

Kenneth Mayle, a self-declared Satanist, argued that the motto on US currency–’In God We Trust’–espouses a religious view in opposition to his own. The federal court determined, however, that the motto is not in violation of the Constitution, setting a worrying precedent.

Recently, there was a ruling regarding the removal of the motto from United States currency. Kenneth Mayle, a self-declared Satanist, argued that the motto ‘In God We Trust’ espouses a religious view in opposition to his own. The federal court determined, however, that the motto does not amount to an endorsement of any religion and, thus, is not in violation of the Constitution.

This is another blow in a long line of them against atheists and humanists. Cases like this usually lead to the same results–that the motto is in no way a religious endorsement. The Seventh circuit held that the motto “is similar to other ways in which secular symbols give a nod to the nation’s religious heritage,” which makes us wonder if they know what the word secular means. While I’m sure we could all agree that paper money and currency should be secular, by presenting a motto that involves a deity, any deity, it is made into a non-secular symbol. So before we get into the meat of this, I ask you to do an experiment with me. Pick a deity, be it Buddah, Odin, Zeus, Allah, Tiamat, whoever. Now replace “God” with one of those deities and ask yourself if that constitutes a religious endorsement. If you didn’t answer yes, you’re lying to yourself because you saw your own hypocrisy and immediately tried to rationalize it.

One of the most problematic parts of this whole endeavor comes from the Amicus brief from the sixth circuit court, filed by the defendant in which this claim is made: “The atheist Plaintiffs cannot raise a claim under RFRA or the Free Exercise Clause because they are not engaged in an “exercise of religion.” It is important to note, however, that this is not necessarily a bad claim. There should not be special accommodations given to anyone, and the rights of all must be protected in order to ensure fair and equal treatment under the law. The problem with the allegation as given, though, is that this is an attempt to ensure fair and equal treatment of everyone engaged in the “exercise of religion” and seeks to dismiss those who do not practice a religion. This is an issue for many reasons. One of the most troubling pieces from the Amicus brief comes in the form of such.

To make a laughable point, I lead us to the case of Hobby Lobby, in which judges for the sixth circuit used the case to make this claim: “Hobby Lobby teaches that once plaintiffs allege that certain conduct violates their sincerely held religious beliefs as they understand them, it is not within the court’s purview to question the reasonableness of those allegations.” 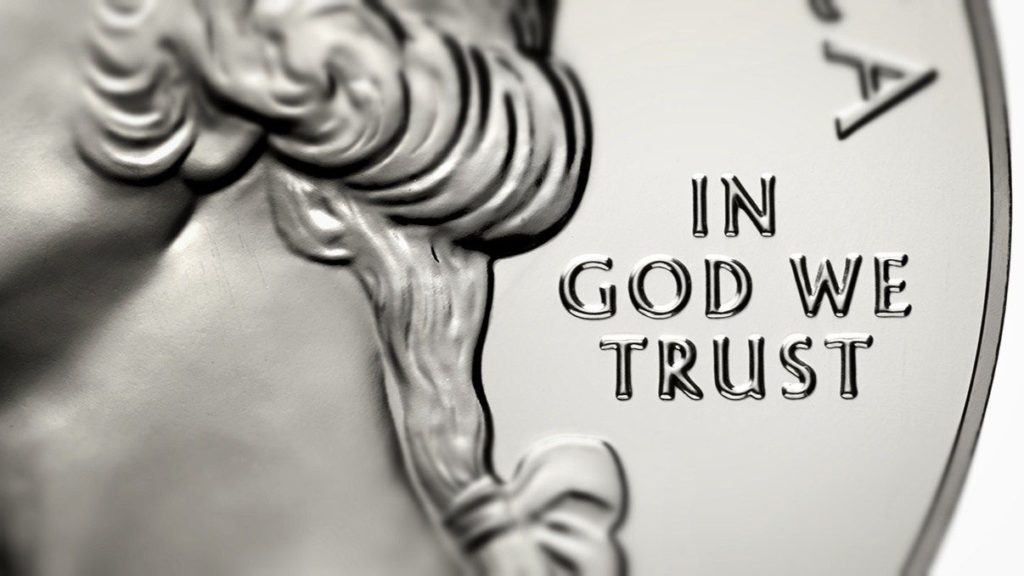 The most important things to note here are the use of the words “as they understand them.” and “not within the court’s purview to question the reasonabless,” which make for the oddest of precedents to be set. It creates a completely unfair view, especially if we are forced to pigeonhole atheism as a philosophy. This completely invalidates any and all claims any atheist could ever make. This completely invalidates, at a fantasized extremist level, any claim that any religion, sitting as the minority, could ever make. If it is decided that your beliefs are held more as a personal philosophy, the precedent has been set that whatever the majority religion is doing and however they choose to understand such, the courts have no right to question it.

This is absurd for many reasons, but let us focus back on the point we came in with, using the motto on our money. “In God We Trust” is not considered to be a religious endorsement and for really no reason. It is not hard to see, for an outsider, that the motto is indeed a religious endorsement. Wooley V. Maynard, a case heard by the Supreme Court, yielded us this important quote that is now set as precedent: “Currency is generally carried in a purse or pocket, and need not be displayed to the public. The bearer of currency is thus not required to publicly advertise the national motto.” But, is this actually true?

Let us look at the purpose of currency. Currency is meant to be traded publicly. It is something that, when born, was supposed to be used daily and be given to someone in exchange for services. To make the claim that currency need not be displayed to the public is making the assumption that currency will not be used. It creates a paradox where we are being told that the currency need not ever be displayed to the public, but that also creates a problem with valuation. In modern times, we have more options such as credit cards and checks that do not bear the motto, but we are still forced to carry cash for some exchanges. The simple act of carrying currency is a force of endorsement of the motto. There is no alternative and to insist that because of where it is carried does not create an endorsement creates an issue that sets precedent across multiple sectors. And that is the true issue at heart.

If we cannot consider this to be an endorsement, we must consider it as a bias. Bias, in this case, is really an endorsement, but not enough of one to call out. It creates public issues. If currency is not an endorsement because of where it is held, then we must say that anything not privileged to the public falls under the same issue. But a bias is still a bias and we must hold it out as so. If we strive to not allow a bias to cloud our judgment and are expected to live above our biases, why then, are we supposed to carry a bias that we do not hold? Simply put, currency is a way of forcing religious bias onto everyone. It’s not just atheists that have an issue with this, it’s anyone and everyone who does not want to be held with the bias of a currency endorsing a God they don’t believe in.