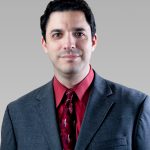 Mr. Silverman has helped unite the atheist community and has tirelessly advocated for political and social justice causes for more than 20 years. He is President of American Atheists and was the creator and Executive Producer of the 2012 Reason Rally. He has appeared on dozens of major news programs including Hannity, Tucker Carlson, The O’Reilly Factor (spawning the famous “WTF meme-face”), The Real Story with Gretchen Carlson, FOX and Friends, NPR’s All Things Considered, and many more.