An Open Letter to Christianity 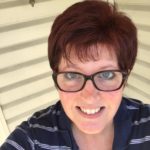 Well,  you’ve lost another one here. After years of believing in God, going to church, taking communion, and all the other things that revolve around Christianity, I’m giving up. I’m done.

I was raised a Catholic, but am now in recovery. In fact, I’m an atheist now. And yes, I’m sure many of you Christians out there might respond: “Well, I hate Catholics too, so don’t give up ALL Christian religions just because you hate the Catholics. That’s not fair to God and Jesus, right?”

That right there is the crux of the issue: the absolute refusal to accept the possibility that “God” may actually NOT exist. You seem to insist on it, and use the bible as your back up proof/evidence. But this is my response: the bible is NOT proof of the existence of God. Just because it is written down does not make it so. If that were the case, I’d write a short story that says I’m rich. Then I’ll show it to people when I go to purchase that really expensive car I’ve always dreamed of but could never afford: “Hey, it’s written down, so it must be true, right?”

I have a challenge for all Christians who read the bible regularly (I have never read beyond the Old Testament – something I’ll get to in a second). Are you ready for the challenge? Here goes:

Find a verse (or two, if you want) in the bible you do not agree with and/or support. Draw a line through it as though you wish it were removed from the bible permanently. Women, is it something you read about how you’re supposed to be subservient to your man? Colossians 3:18 How he should be allowed to beat you if you misbehave? Beat your children? Proverbs 23: 13-14 (Because, it’s in there, you know). Men, are you a Christian with a tattoo? You might want to read Leviticus 19:28 then – because that’s what the bible recommends. No marking of the skin, no tattoos.

Have you found the words or sentences you don’t agree with? Good! Now ask yourself:

If the bible has imperfect wording, how can it be the word of God, who is – according to you, perfect? Perfect people don’t write imperfect words.

If you fail to see the logic here, then perhaps I can offer another challenge:

It appears as though the god of the Old Testament was pretty revengeful, and a complete megalomaniac. Sure you want that for a leader?

Ah, but it’s really only the NEW Testament you read and learn from, right? If I remember, Jesus took the general stories of the Old Testament and used them as teaching tools for his followers. Since I never read the New Testament, this is where it gets cloudy for me, and I can’t speak to it, to be fair.

And nor do I want a bunch of bible scripture thrown out at me – remember, if you scratched out at least a line of text or two, that renders the bible “imperfect”. If you believe the entire thing to be true, word by word by word, then you better start living the biblical life, and not get upset when you start getting beaten (women) or your husband comes home with numerous wives because “the bible said I could and it is THE word of God”. Right?

But, I have read the Old Testament. I even taught the Old Testament to children. And, believe it or not, they were more curious and critical of the content. They wanted to know how people could live hundreds of years. They asked me how brothers and sisters could legally marry and how can a man marry his wife AND get a slave girl pregnant at the same time? How could someone be so willing to chop his child in half? They were all very good questions, in my opinion. And, to be honest, I wasn’t able to explain away the behavior. All I was allowed to say was, “that’s just how it is stated in the bible – go ask your parents if you have further questions about morality”.

And this is why I no longer care for religion or care about what the bible says. It doesn’t teach people to think, to wonder, to use logic and question the how, what, where, when, and why of the world. All it does is tell them WHAT to think, and HOW to act. That’s not education, that’s indoctrination. If I wanted that, I’d move to North Korea.